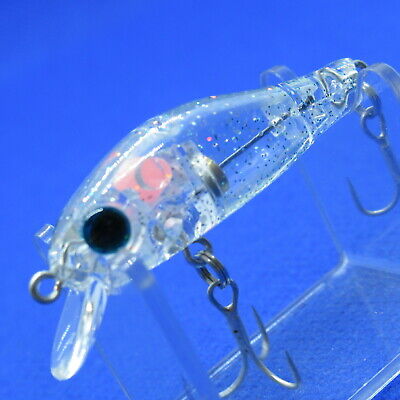 · The dual class character is, almost always, primarily concerned with one of those classes, but wants to reap maximum benefit from the secondary skill. The example I use is the one I'm most familiar with, the berserker/mage. I shift from berserker to mage around level 9, when the berserker's hit points more or less max out. Best dual class is between the Ranger --> Cleric dualed at 9 or 13 and Berserker --> Cleric at 9 or Berserker gives the good rage that makes you immune to a ton of things.

problem is, the rules don t allow you to make silly dual class, so there is no really funky stuff with dual class fighter cleric and fighter thief are the most effective, ranger cleric.

Staff is great in both games (staff of striking and staff +3 both in BGEE, staff of the ram etc in BG2EE). I mean proficiency wise, as long as you don't go sling (or club really) its kinda hard to screw up. The only issue I'd see, is just how much mage do you want to get =/ I think it would be better as a EEkeepered multiclass than a dual.

Upgrade on human dual class. The berserker mage just made his dual class. He's a berserker level 11 mage level He has hit points, has a THACO of 0, and can attack times per round. His shield protects him from charm, hold, confusion. His amulet protects him from level drain. His cloak reflects all offensive spells cast at him directly. · The best THAC0 and saves of either class is used, they are not bonuses to be added together (unlike 3rd edition and later rules).

You can increase proficiency specialization if first class was Fighter (despite the rules, manual, and common sense dictating otherwise). *works with multi-class leveling up non-fighter class, not tested with dual class*.

Barbarian - Everything a single class berserker can but BETTER!?. Slightly less hit/damage due to only being specialized, but not that big of a deal. Less armor choices, but is a non-issue with. · Topic. I want to run through the game with a Human or Half-Elf Specialist Mage character and want options on the various schools.

Not really interested in dealing with the wild surges so that one is out. Nor do I really care about the 'best' Human multi-class in the games. Party wise in the first game I'm going through it with the canon party since I like Khalid and his wife is alright.

· The best option is to start with a berserker and play him to level 10 (giving mastery in a weapon & 3 slot in dual wield) and then dual to a > > I was wondering what the best dual class has been for some folks.

I > > was thinking of creating a new character, but I'm not sure what. · From my experience, Celestial Fury is the best weapon for SoA.

You can get it relatively early and SoA opponents regualry fail the save. Even Dragons aren't immune to the stun.

In ToB, its damage falls far behind the other choices and all the powerful enemies are immune to its effects. For a Kensai/Mage in ToB, Staves is far better than dual. · It's tough to compare Shar-Teel to Kagain, as they both excel at each others weaknesses. Shar-Teel hits hard and fast, and is equally at home in the front lines or firing a bow, but suffers from terrible HP.

She wins out simply because of her dual-class potential - turn her into a Thief and watch the backstabs pile up. A. Kagain.

· So the best class is a fighter dual at 7 to a mage Actually, Baldur's Gate 1 has no kits, so berserker doesn't qualify here. Anyway, when you consider the slow walking speed and the availability of nice arrows, a fighter using a bow is probably the most powerful setup you can get. · As far as characters go, a lot of BG2's dual class characters are not optimal to play with in bg1, since they'll only start to shine once you've dualclassed and regained the original class' levels.

So the obvious choice for class here are multiclassed characters. Improved Haste+Critical Strike is an extremely effective combo that a dual-class kensai/mage misses out on. The extra spell slots of the dual are okay, but not essential. A multi-class fighter/mage only loses out on 1 level 6 slot, 2 level 7 and 8 slots, and 3 level 9 slots.

This is a total of 8 slots missed. · A delicious dining experience involves foods that accentuate one another's qualities. Wine and cheese, cookies and milk, and meat and vegetables are all good examples.

Similarly, players want the classes of a character's multiclass to bring out the best in one another. Here are 7 multiclass options that pair together like pizza and pepperoni. · probably the best Dual Class option (for powergaming, of course). But you don't want to follow the crowd, right?

=D Try something off the wall. I had a Swashbuckler/Fighter that knew how to use so many damn weapons it was rediculous. Ranger/Cleric is nice (can use both Cleric and Druid Spells). if we dual class we can take a fighter kit (beserker for cleric/mage, kensai for thief) and we can take grandmastery.

if we multiclass we cannot take a kit and cannot get more than 2 pips in a. · Best race/class rp wise? BGEE. outside of class/race restrictions there's really no choice that's more or less lore friendly than any other option.

Advances in levels using the Mage/Sorcerer progression table. May not dual- or multi-class.

Alignment restricted to Neutral Good, True Neutral, or Neutral Evil. Ineligible for any stronghold (BG2EE SoA only). May only wear leather, studded leather, and hide armor. May not equip shields larger than bucklers. Ability Scores, sometimes referred as attribute scores are what determine a creature’s mental and physical attributes, they’re crucial to player characters since they’re one of the main factors to determine whether the characters may dual class as well as contribute to various bonus scaling, but they matter much less to NPC/enemies because a large portion of the actual combat status of.

· Dual Class. If you choose to create a Human character, you'll have the choice to dual-class on-the-go, which is an interesting option since it allows you to start a sub-typed class.

· Swashbuckler isn't great for BGEE cause of how it scales level. Its better in BG2/SoA. BGEE is a different strat with the level ranges all together. Basically your getting very little use out of the Kit cause of the level range BGEE uses. Not to mention the weapon's and armor are much different as well which also support the kit better in SoA. So I've started BG 1 with a paladin inquisitor. Just trying to figure out a party that will help cover the bases.

I was thinking Imoen eventually dual classed to thief/mage, Branwen for heals, Minsc, Dynaheir and Xan. Any other options or party compositions would be nice to hear. Edit: Also, what would be good party ideas for BG 2?

Multiclassing is something that only non-Humans can do; Dwarves, Elves, Gnomes, Half-Elves, Half-Orcs, and Halflings can all choose at least one anmr.xn--90apocgebi.xn--p1ailassing is a simple process that takes place during Character Creation: When it's time to choose a class, just click "Multiclass," and all the Multiclass options open to a character of your Race will be available to you.

Humans are not that great at any one thing, but excel at doing all things. They are the only race that can choose any class. They also can dual-class, but not multi-class. The interesting part is that as a human, Branwen is capable of Dual Classing as she levels and with a 16 dexterity (17 if you choose to give her a Manual of Dexterity) Switching over to Thief is a viable option.

Making her a dual-class Cleric/Thief will let her take advantage of her new thief skills while retaining her Cleric spells and making.

· With the release of Baldur's Gate 3 just around the corner, RPG enthusiasts of all ages are re-discovering the whole franchise. Baldur's Gate was one of the earliest games to bring Dungeons & Dragons mechanics to the world of role-playing video games, including everything from classes to items and moral anmr.xn--90apocgebi.xn--p1ai recent release of Baldur's Gate Enhanced for tablets and phones is part of.

· You can fight decently but also have other options. If you want to dabble with magic a bard is actually quite good - if you choose the Blade kit. Like swashbuckler it gives you ability to invest in dual wield which you should do, otherwise you will be stuck with 1 attack per round.

For the version in and, refer to Fighter (Baldur's Gate).

1 Introduction 2 Ability Scores 3 Special abilities of the fighter Advanced weapon specialization 4 Class kits Fighter Berserker Wizard Slayer  · Either you are a buff werewolf in melee combat [str, dex and AC are all set independent of ability scores], or you are a vulnerable druid outside of combat, that progresses to level 9 in BGEE.

All of the cleric builds fit what you are describing, because they can wear the best armor, they level up quickly, and they have decent spells. · Actually, once you dual class, any XP in excess of the amount needed to reach your pre-dual-class level is simply discarded and doesn't count against the cap; therefore, dual-classing atXP (an amount that's easy to reach exactly in BG1) will not hurt your potential advancement in.

· Simply due to the nature of dual classing it is probably the case that you are going to get no benefit at all from doing it for the entirety of BG1; it will only be once you start 2 that you will start leveling the second class and it ll only be some time after that that you actually see the benefits (unless you are doing a solo run and use. · I was looking over the possible dual class options in my party and Minsc should be able to dual into a thief if I am understanding the rules correctly.

You also need 15 in the first class's major attribute(s) and 17 in the second class's major attribute(s). So a fighter can only dual to. · Baldur's Gate, Dungeons & Dragons, It's a good dual-class combo, If you're going to do it, I would stay as a Thief all through BGEE and dual at level 10 (or is it 11?) Best level for dual would be And whatt party members would best support this play style?

at start put all you point in open locks that way you can get the star sapphire from. Expanded Dual-Class Options BGEE, BG2EE, IWDEE, EET, BG2, BGT, Tutu, IWD-in-BG2. This component will allow Barbarians and Wild Mages to dual-class to other classes. Barbarians will have the same dual-class options (cleric, druid, mage, and thief) with.

The cleric class has been an option for players since the earliest days of Dungeons & Dragons. It is one of those classes that aren’t necessary for the party to have, but definitely makes life easier for the players when one is present. RELATED: Dungeons & Dragons: The 10 Most Useful Cantrips, Ranked. Besides the dark setting, what further sets Grim Dawn apart from the pack is in the dual class mastery system, which lets you tinker with dozens of possible class combinations.

While it's possible to run a pure single class (focusing on the mastery bar and fully upgrading specific skills), frankly it's more fun to try to find a dual class that works by meshing together opposing skill combos. Page Updated: / Pack 1 Updated: / Pack 2 Updated: / Dual Class Mod Updated: * HIGH QUALITY PORTRAITS (NEW NPCs) (Click on the portrait for the high-quality version of Dorn, Neera and Rasaad). · You are currently viewing Boards o' Magick as a guest, but you can register an account anmr.xn--90apocgebi.xn--p1airation is fast, easy and free.

Once registered you will have access to search the forums, create and respond to threads, PM other members, upload screenshots and access many other features unavailable to guests.